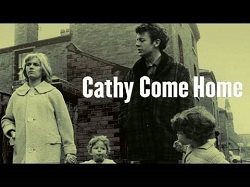 You are cordially invited to an evening of film, discussion and radical politics with acclaimed British director Ken Loach and Hayes & Harlington MP, John McDonnell.

The ground-breaking Cathy Come Home, first broadcast in 1966, is a seminal work and widely described as among the most important British works ever produced.

Directed by Ken Loach prior to making the transition from TV to cinema, Cathy Come Home was pivotal in the launch of the housing charity Shelter and instrumental in changing the law regarding homelessness.

Following the screening of the film, John McDonnell will chair a discussion with Ken on the film, the current housing crisis and need for local homes campaign.

Full schedule of the evening:

6.30pm Introduction from John who will introduce Ken to say a few words by way of introduction to the film.

8pm: Discussion with Ken, chaired by John on the film and the current housing crisis and launching of local homes campaign.

Botwell Social Centreis a short walk from Hayes and Harlington station and can be easily accessed from local bus routes.