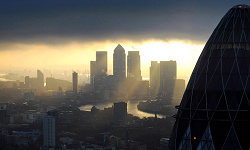 John McDonnell, the shadow chancellor, has urged George Osborne to relaunch a review into banking culture after the City regulator ditched it.

McDonnell called on the chancellor to exert his influence to restart the study, which the Financial Conduct Authority dropped just months after launching it.

This will be a huge blow to customers and taxpayers who are all still paying the price for the failed culture in the banking sector that’s been widely attributed to be among the main causes of the crash and the scandals over Libor and price-fixing,” McDonnell said, adding that the FCA was making a “dangerous and costly mistake”.

“The chancellor therefore cannot stay silent on this issue. It’s time he used his influence to keep this review going. Otherwise he’s letting down the rest of us who bailed the banks out and also allowing a signal to be sent to carry on regardless. Given the scale and severity of the failings in the financial sector and the criminal behaviour shown by some banks, the scrapping of the FCA’s review into banking culture sends the wrong message at the wrong time,” he said.

The review was included in the FCA’s business plan for 2015, but was dropped after an initial assessment found it difficult to compare different cultures inside banks. The decision to abandon the review follows the resignation of the FCA chief executive, Martin Wheatley, after the chancellor forced him out in July. A permanent replacement has not been named to take over from Wheatley, who had flagged his tough stance towards the industry by warning he would shoot first and ask questions later.

The Labour MP John Mann, who sits on the Treasury select committee, tweeted “Osborne has used void from no ceo in post after he sacked Wheatley to dismember critical FCA enquiry into bank culture” He added: “FCA surrender to big banks today is entirely from pressure from Treasury and Osborne.”

Mark Garnier, a Conservative MP on the committee, told BBC Radio 4’s Today programme: “There has always been this great argument that perhaps the Treasury is having more influence over the regulator than perhaps it ought to and certainly, if I was looking for a Machiavellian plot behind what’s happened here and the tone of the regulator, then I suppose I would start looking at the Treasury.”