State of the Economy Conference at the Imperial College London 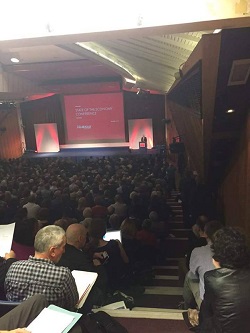 I made the opening speech to the 800 delegates at our first Economic Conference setting out our radical reforms to surpass even the Atlee government. The party will revive plans for rent controls and urge councils to follow the lead of areas like Manchester to offer cheap, local authority-backed mortgages, Labour would make it a mission to ensure families and young people on ordinary incomes aren’t locked out of home-ownership as they are under the Tories. I also announced plans for a mayors’ economic forum to allow the elected local leaders to share ideas along with a new economic and innovation forum to bring together businesses, unions and government. 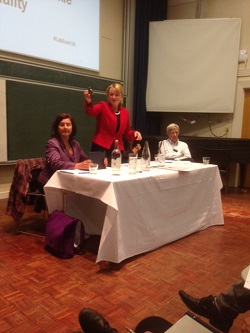 This was followed by a keynote speech from Ha-Joon Chang talking about a balanced and sustainable economy. There were 5 workshops in the morning -; What would a fair tax system look like, Europe, Britain and the economic challenges ahead, Economics within a carbon budget, Alternative models of ownership and a finance sector fit for purpose. The afternoon session’s workshops included Rewriting the rules to tackle inequality, Fiscal and monetary policy: can the UK do better?, How much debt is too much?, Gendering economic policymaking, and Technology and the future world of work. A fantastic question and answer session took place in each workshop following exceptional presentations from all speakers. I was fortunate enough to be able to spend some time in each of the workshops and I was astounded by the level of enthusiasm and participation from all delegates. The workshops were followed by a plenary panel consisting of Sue Himmelweit, Linda Yeuh, Paul Mason, Adam Marshall and Len McCluskey with closing remarks by Jeremy Corbyn.

t was a day of serious economic debate featuring world famous experts, NGOs, trade unions and people impacted by policy We have the opportunity to build a fairer, equal, prosperous economy. We must be bold and ambitious.