I would like to wish you all a very Happy Christmas and a peaceful and prosperous New Year.

Thank you for all the kindness and co-operation you have shown me over the last year.

I am really grateful for the support people gave me to secure my re-election as the local MP.

Rest assured I continue to work hard for my local constituents.

2015 has been a momentous year with the extremely disappointing loss of the general election, Jeremy Corbyn’s election as the new leader and my own appointment as the Shadow Chancellor.

I know that I can rely upon you all to continue to work with me to secure the best future for our community.

Set out is a brief summary of just some of my activities locally and in Parliament over the last month.

Launch of the Treasury Review 1st

I have launched a series of reviews of our national economic institutions. The first is a review of the Treasury. I attended the first meeting of the Treasury Review Panel as Lord Kerslake launches his review. His team, Alan Buckle – former Deputy Chairman, KPMG International, Stephen Hughes – former Chief Executive, Birmingham City Council ,Frances O’Grady – General Secretary, TUC, Professor Karel Williams – University of Manchester’s Alliance Manchester Business School and Professor Simon Wren Lewis – Professor of Economic Policy at the Blavatnik School of Government, University of Oxford, will review the operation of the Treasury itself to ensure the Treasury is fit for purpose.

The next Labour government needs to be confident that the major institutions that are charged with managing our economy and public finances are fit for purpose, and to consider how they can be made more effective in delivering fair and sustained economic growth and prosperity. 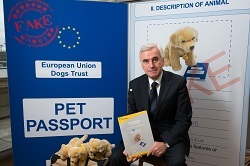 I have always taken a keen interest in animal welfare and so I attended the reception to support Dogs Trust in raising awareness of the issue of illegal puppy smuggling – something which affects many people in my constituency each year. There are huge welfare concerns for the puppies being transported such long distances at such a young age. It’s evident that greater measures need to be put in place to deter people from smuggling puppies into this country illegally.”

The Alternative to Austerity 3rd

I spoke at the Launch of the Lambeth Momentum meeting setting out Momentum’s ambitions of delivering a membership of a million people for the Labour party:

“We are becoming a mass party once again – a social movement.” 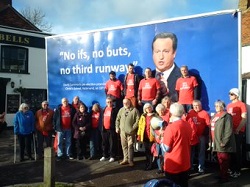 I joined local Heathrow villagers as an advan organised by HACAN, visited the villages to highlight the noise and air pollution that would blight London if a 3rd runway was ever built. The Government has announced that a further consultation s will take place over the next 6 months on the environmental impact of expansion at Heathrow or Gatwick. This puts off again the decision on Heathrow.

I visited West Drayton Community Centre which has a dynamic leadership, securing grant aid to refurbish the centre and providing a wide range of community activities. 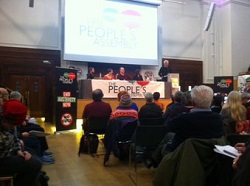 I spoke at the People’s Assembly Conference at the Friends Meeting House about Labour’s alternatives to austerity. There was a brilliant speech from Francesca Martinez. 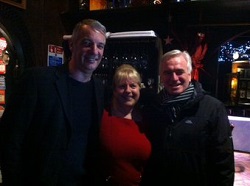 I attended to annual meeting of Hayes Cricket Club. The club is thriving with lots of young people participating. I was proud to be re-elected patron.

I enjoy this Fayre every year. Thanks to the hard work of local volunteers thus arts centre is going from strength to strength.

I was grilled by members of the school council about being an MP and many local and national issues. The pupils had visited Parliament are were extremely well informed.

I spoke to lend my support to the NUS lobby of Parliament opposing the scrapping of maintenance grants. This is yet another attack on young people by this government. 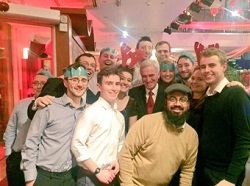 I was honoured to be the guest speaker at Battersea & Putney CLP’s Fundraising Christmas Dinner. It was a really enjoyable evening. 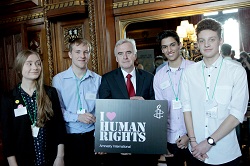 To celebrate international Human Rights Day I took part in Amnesty International’s annual Write for Rights Campaign in Parliament. Joining other MPs and Amnesty staff and campaigners at a reception in Speakers House, Westminster Palace, I wrote a letter in support of Amnesty’s letter-writing marathon – the biggest human rights campaign in the world – which asks the UK public to send personal messages of support and solidarity to people behind bars, or whose lives are in serious danger, simply for exercising their human rights.

I also joined Amnesty’s call for the immediate release of Phyoe Phyoe Aung from Burma. She is Secretary General of the All Burma Federation Student Union, one of the largest student unions in Burma. She has been in Prison since 10th March 2015 after being violently arrested during a protest against education reforms. Phyoe Phyoe and over 100 other students have been arrested and charged in what seems to be a systematic clampdown on the student movement. Amnesty is calling on Burma to release Phyoe Phyoe and all other student protesters. 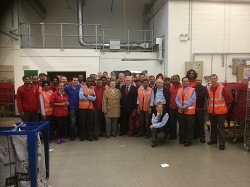 I visited my friends, the postmen and women at the Royal Mail Depot in Hayes to thank them for the great job they do every year. I met the postmen and women who are working hard sorting and delivering mail in the Hayes area during the Festive season. There is a huge amount of effort and dedication that goes into delivering a first class Christmas at Royal Mail’s busiest time of year. It was great to meet the team here at Hayes.

I attended an awards ceremony at which local police officers were presented with commendations and awards for their services to our local community. There were numerous examples of courage, bravery and professional dedication which impressed us all. 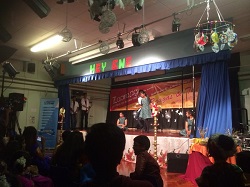 I presented awards to children and young people at our local Tamil cultural group, Zaarangi ata special evening in celebration of the community Achievement Award 2015. Awards were given to high achievers, motivators, leaders and people who have made great difference against all odds.  The annual ceremony recognized extraordinary individuals of all ages, people who have made significant impact to the social, economic, educational and cultural aspects of the community. Beautiful performances.

Had great fun campaigning for the Kensal Green by-election. The Labour candidate won. 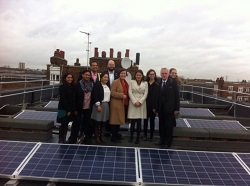 I visited Banister House Solar, which is the first community owned solar energy project in Hackney and the UK’s largest community energy project on social housing with Lisa Nandy, the Shadow Secretary of State for Energy and Climate Change. Repowering London has worked to develop this project alongside residents of the Banister House Estate and local energy advocacy group, Hackney Energy. 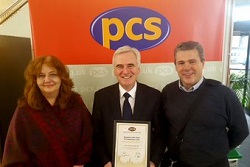 I was humbled and delighted to be made an honorary life chair of the PCS parliamentary group in recognition of many years of support I have given the union as the founder and chair of the PCS Parliamentary Group. PCS is a union that has a reputation that is second to none in fighting for its members.

I dropped in to see our local pensioners club members at their Christmas dinner in the cricket club. Having helped found the club I assist in fund raising for it.

We held our well attended constituency party Christmas Social in our new Labour Hall. It was good to see everyone and catch up on all the news.