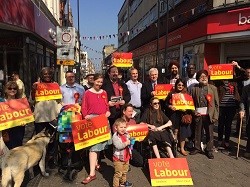 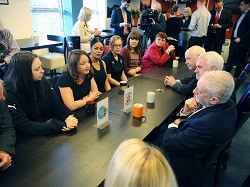 I was delighted to visit living wage employer Luton Town FC today with Jeremy Corbyn to spell out Labour’s commitment to raising the legal minimum wage to at least £10 an hour by 2020. Our policy will mean 5.6 million workers will receive a pay rise. 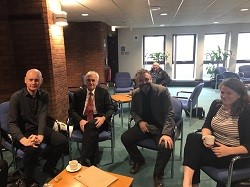 I joined actor Michael Sheen in Preston to highlight the impressive work of Preston City Council. The council here has provided a model of how an innovative Labour council can act creatively to build a richer local community. This kind of radicalism is exactly what we need across the whole country. Preston is showing how to push back against Tory austerity by creating local entrepreneurial states.

At the Friends of Minet Park, which I set up many years ago, we discussed the impact of the Southall Gasworks development on the park and the protections we need. 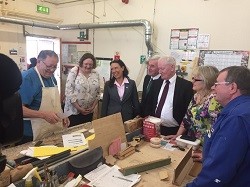 I am delighted to be launching this pledge card that will inform many elderly people in our communities that Labour is not only promising to stand up for pensioners; but is determined to ensure they keep the hard-won entitlements they currently hold.

It’s a national scandal that pensioner poverty is rising and the Tories are refusing to commit to keeping the triple-lock or compensate women worst affected by the speeding up in the state pension age. 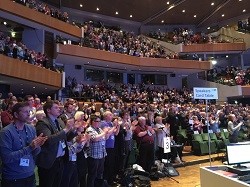 I addressed the NUT conference in Cardiff to express my support for the campaign that the NUT are waging to protect our children’s education. It must be our priority to oppose the government’s cuts to education. Labour would also seek to ensure that every primary school child gets a free school lunch.

Parliamentary Questions in the Chamber 18th

At Treasury Questions I asked the Chancellor to apologise to the British people for the utter failure of this Government’s economic policies and for the pain he has inflicted on this country.

In calling for a general election, the Prime minister blamed Brexit, she has blamed our European neighbours, she has blamed the parties on these benches, but the real truth is that after seven wasted years of economic failure under the Tories: 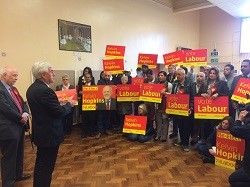 I joined Kelvin Hopkins, Labour MP for Luton North, on the election campaign to lent support for the local elections currently underway. However, the day was somewhat hijacked by the recent announcement about the General election.

I convened a community meeting on 3rd runway for Harlington Village residents. This is part of my cycle of meeting locally on the runway.

We canvased and leafleted the Railway Estate in Hayes. I have convened a public meeting on 2nd May to discuss the environmental problems on the estate and to set up a new residents group. 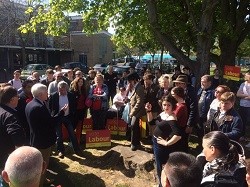 I joined huge numbers of supporters out doorknocking for Labour in Oxford. This will be the biggest people powered general election campaign ever.

I attended the Scouts annual St Georges Day Parade at the Immaculate Heart of Mary Church, Botwell Lane. I also visited Harmondsworth Villlage St George’s Day celebrations at the Great Barn. Next year, under a Labour government, it’ll be a public holiday 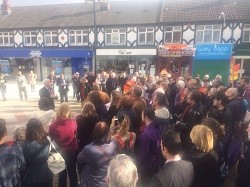 I had a great afternoon out on the High Street in Southampton talking to our dedicated party members and campaigning for a Labour government to transform Britain.

I spoke at a fantastic evening of politics, music and comedy to promote Labour under Jeremy’s leadership. It was attended by about 1,000 CWU delegates and 2,000 members of the public I was joined by Ken Loach, Francesca Martinez, Jason Manford and Jeremy Hardy