I visited Swindon as part of the local elections campaign. I had a most enjoyable day out on the streets with local councillors familiarising myself with the main issues that are affecting local people, one of them being the increase in drug abuse. One of the big problems here is what has happened as a result of cuts to policing and other services.  Because of the cuts to services, the NHS and policing, drug users are not being identified soon enough. We are failing to help those who are prone to drug use or to the social problems that allow people to get sucked in to drug use in the first place. The solution is to make sure local councils are properly funded.

It was great to be out campaigning with party members and Union activists in Crawley’s target seat of Furnace Green. 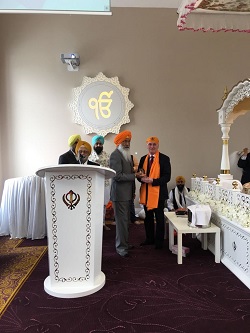 I joined in the Vaisakhi celebrations at the grand opening of the Khalsa Jatha Central Gurdwara in Shepheard Bush.  The Khalsa Jatha, which is one of London’s oldest and most historic Gurdwara, has recently been completed renovated. It’s a beautiful building. I spoke to offer my congratulations to the Sangat for the beautiful restoration work undertaken.

I asked the Chancellor tell the House what the Treasury’s best and latest estimate is of the total value of assets held in the UK by individuals connected with the Syrian regime?  And to expose the lack of action by the government in seizing the assets of members of this brutal regime. Click here to read full debate

I spoke at the Parliamentary Vaisakhi celebrations, which was hosted by the British Sikh Consultative Forum, in the speakers House. I announced that labour would be supporting the designation of April as Sikh History month.

I joined Gareth Thomas and local party members in their canvass session to support their local campaign.

The Future of Finance Sector 19th 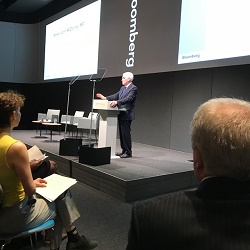 I hosted a finance conference at Bloomberg Europe. The Conference gave the opportunity to discuss the roles and responsibilities of the finance sector, Brexit and beyond, and what needs to be done to achieve this. The format of the day consisted of panel discussions and Q and A. The audience was made up from members of the business community, finance sector, academics, politicians, Labour members and trade unions and allowed attendees to hear about Labour’s policies, ask questions and network with others.

I met with politics and economics students and Barnet Young Labour at Woodhouse College, Woodhouse Road, Finchley, London, N12 9EY. We had a general discussion about importance of voting.

I spoke at Ealing Labour’s successful fundraising dinner alongside Steve pound MP, Virendra Sharma MP and the leader of the Council Julian Bell. 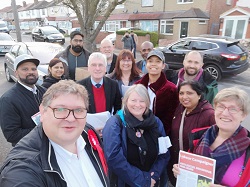 Every evening I have been free I have joined local party members in the daily canvassing schedule. The level of enthusiasm has been tremendous.

I spoke at the McStrike fundraiser in Tottenham Hale. It was a great night raising money for a brilliant cause. I can’t think of a better way to end the week.

I attended the salute and march past, plus the church service with local scouts, guides and cubs as I do each year.

Opposition to the Immigration Bill 2013

In 2013 I spoke against May’s racist immigration Bill and raised along with David Lammy and others and highlighted the implications for citizens that did not have documentation or had papers they were not able to get back from the Home Office, as has played out for the Windrush generation.

I spoke at a meeting of the General Council to give an update on Labour’s plans on economic policy, how we are building on the 2017 manifesto, and how unions can best influence this process.  I briefly covered Economic policy and public services, Employment and trade union rights, the Industrial strategy and Corporate.

I spoke at Independent Workers Union of Great Britain’s (IGWUB) strike rally where more than 100 outsourced University of London workers will walk out next month over pay and conditions after a near-unanimous vote for industrial action.

I attended the RMT Affiliation to the Labour party debate, speaking to urge RMT members to support the union’s reaffiliation to the party, which will enable the RMP to play its role in developing our transport policies.

I hosted and spoke at the launch of the sixth annual British Sikh Report. Based on the results of a survey of over 2,000 Sikhs throughout the country, it aims to provide quantitative data about the British Sikh community at large.  With its main focus being on mental health it is hoped that the report will help raise awareness of mental health issues within the Sikh community as well as lead to improved resources and services available specifically for British Sikhs. 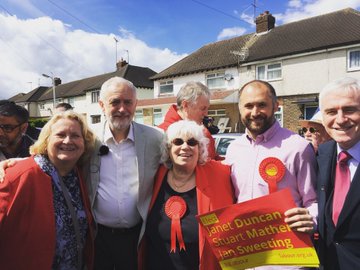 Jeremy joined us twice this month for a canvass in Hillingdon and then West Drayton, where large numbers of our local party members enthusiastically hit the streets to secure more labour votes. Andrew Gwynne MP and national campaign co-ordinator and Jennie Formby, our new general secretary also joined us.

I spoke at the Manchester May Day Festival, which was a celebration of trade union and community culture, which this year marks the 150th anniversary of the first ever Trades Unions Congress. It was convened by Manchester and Salford Trades Council at the Mechanics Institute in 1868.