I was proud to be at the NHS demonstration alongside Tens of thousands of NHS activists, staff and patients from across the country. The “NHS in Crisis – Fix it now” demonstration organised by Health Campaigns Together and the People’s Assembly are demanding more beds, more staff and more funds from Health and Social Care Secretary Jeremy Hunt. I am determined that under Labour we will end this privatisation of the NHS and ensure it is fully funded.

We held a second Railway Estate meeting, which was well attended by local residents to discuss progress in tackling the environmental issues on the estate.

I was pleased to join the Gurdwara and speak at the celebration of the anniversary of Shri Guru Ravi Dass. 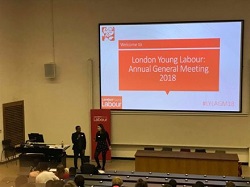 I was delighted to speak to the next generation of London socialists at their AGM. London Young Labour discussions focused on how to win for Labour in the upcoming local elections.

Book launch For the Many 6th

I spoke at the book launch of For the Many: Preparing Labour for Power by Mike Phipps.The book explores the pivotal role played by Labour’s manifesto during the election of June 2017. It analyses the policies outlined in a widely-acclaimed programme showing how they can be developed further to become an effective blueprint for a future Labour government. Our manifesto was a key reason for our gains in the 2017 general election. Now its ideas need to be developed and radicalised. This book is a vital contribution to that process.

I spoke at Harrow East CLP meeting in support of Pamela Fitzpatrick, who is running for prospective parliamentary candidate in Harrow East. Pamela has dedicated her life to supporting those in need. She is a community activist, decades-long Labour Party member, and a proud trade unionist. I am pleased to report that Pamela has now been selected as the Candidate.

At a meeting of members of the London Chamber of Commerce and Industry, I spoke about my days in the early 1980s as the chair of finance for the Greater London Council and the “good, constructive relationship” I had with the City which could be replicated when I am in charge of the Treasury. They knew where we were coming from: they could, with their investment, ensure a reasonable rate of return on a steady, consistent basis, there was nothing up my sleeve then and there isn’t now.

I also asked the financial sector for “long-term stable patient investment… and the response I’m getting is ‘that is what we want, because we just want a steady return’.”

Conference on Economic Democracy and Community Wealth in Preston

In my speech I praised the ground-breaking work of Preston City Council. The authority has returned almost £200 million to the local economy and supported more than 1,600 jobs by using the town’s anchor institutions and local government contracts to keep money in the local economy and develop worker-owned cooperatives.

I announced that Labour’s new Community Wealth Building Unit will borrow from the Preston model and share other innovations to help Labour councils boost their economies. The Unit will bring together councillors, unions, think tanks, and independent experts with experience of delivering frontline change to provide councils with knowledge, advice, and practical support in adopting creative methods to secure and provide vital services and stimulate sustainable economic development for communities in the face of austerity.

I spoke at Barnet UNISON’s AGM and congratulated all those who have campaigned long and hard and have successfully stopped the outsourcing of the rest of council services.

I as joined by I spoke at a packed meeting of the Waltham Forest Trades Council and local campaigners about the dire effects of PFI and outsourcing on Public Services in the light of Carillion scandal and what needs to be done to end it. I was joined by Helen Mercer of People vs PFI campaign, Jim Fagan of Waltham Forest Save our NHS and Len Hockey, Barts Branch Secretary at Unite Trade Union. 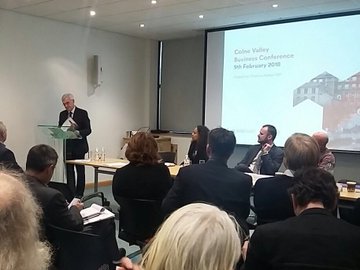 I spoke at the Colne Valley Business Conference, hosted by Thelma Walker MP who has recently been appointed as my PPS about our commitment to pump billions back into the public sector to allow councils like Kirklees to rebuild their crumbling infrastructure when we are in government. I also confirmed that the underfunding of the NHS, schools, the police and local authorities would be tackled. 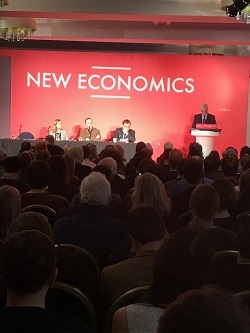 I was delighted to see so many delegates enthused by our Alternative Models of Ownership Conference at the De Vere Grand Connaught Rooms. Speakers included  Andrew Cumbers and Cat Hobbs. Breakout sessions in the morning included Doubling the co-op sector: why and how, Developing our manifesto commitments to public ownership and 21st century challenges: platform co-ops and the digital era. The afternoon sessions were Local democratic economic strategies, What can we learn from experiences in other countries? And Democratic approaches to housing.

Helen Lowder organised a really informative talk on the life of our former MP Walter Ayles, who was such an outstanding socialist and peace activist.

I visited the plant with Cllrs Lynne Allen and Peter Curling and Helen Lowder to discuss how we resolve the problem of emissions from the plant. 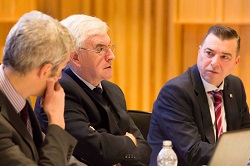 I spoke at a Technology Finance Roundtable meeting at Birmingham City University alongside Graham Turner, GFC Economics and Peter Rice, Clearpoint Corporation Management Ltd. The main thrust of the discussion was around the risk that the disproportionate number of technology companies in London and the South East will continue to increase exacerbating regional inequality and how we can address this issue.

The report stage debate focused on

The Bank Levy, which will see banks enjoy a tax giveaway worth £4.7 Billion. We tabled an amendment which would force the Government to carry out a review of the Bank Levy.

Exemption of Stamp Duty for first time buyers. This would do little to address the housing crisis, and will have the added effect of increasing house prices and further strain the housing supply. We tabled an amendment at report stage which would force the Government to carry out a review of the impact of the operation of the relief.

I spoke at the Resolution Foundation about how Labour will tackle the fundamental problems holding our economy back about productivity, falling growth, rising debt,funding public services, structural failings, the private sector, financial institutions. The programme we intend to present at the next election will represent nothing less than the transformation of the British economy. The situation, if the status quo continues, will be dire for working people – of a public realm and public services that is disintegrating; of meaningless, underpaid, and insecure work; and a future that is blighted, perhaps permanently, by the appalling consequences of climate change and environmental destruction. The potential is there – to create a society that is radically fairer, radically more democratic, sustainable, and prosperous, where that prosperity is shared by all.

I joined staff and students at Strathclyde University in calling on employers to enter meaningful negotiations to resolve this dispute. The lecturers are on strike over a dispute in their pension settlement. They say a change in the way their pension is valued could leave them up to £10,000 a year worse off in retirement.

I met with University Principals at the Grosvenor Hotel, Glasgow to talk about how labour would tackle tuition fees. Having previously met with the lecturers on strike I put forward the case that the most important investment is in the staff themselves, that way you can ensure students come away with a broad education that equips them for life. 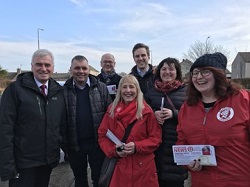 As part of national Campaign Day I visited Penicuik, Tillicoultry then on to Glenrothes. I had a great time canvasing with Labour MPs, councillors and party members who are building the movement that will take us into government whenever the election comes.

I concluded my visit to Scotland with an address to the Mid fife Glenrothes  – Labour Party dinner  Fife Burns Supper.

I joined the Committee members of the Hayes Islamic Centre to tour the exhibition on Islam which was open to the general public.

I appealed to the Chancellor to use the Spring Statement to end the funding crisis in our children’s services. To see my speech please click on the link Treasury Questions

I was sad to hear the news of the death of our long standing local Councillor Mo Khursheed. Mo gave much of his life to the service of our community and we will all miss him greatly as a good friend and socialist.

I spoke about stock markets, inflation and interest rates. The job of any government is to create the right policy framework for faster growth in productivity to raise living standards.

Time and time again, we have seen governments across the world resort to policies, that damage long term investment.

As Chancellor, I will not let that happen here in the UK. I want to reiterate our manifesto pledge to balance the current budget. We will spend more.  The NHS is in crisis, that tens of thousands are homeless. These are urgent priorities. But we will balance this with necessary, prudent tax increases.