I spoke at the Burston Strike Rally to commemorate the longest strike in history and to celebrate the people who continue to fight for Trade Union rights, working class education, democracy in the countryside and international solidarity. On 1 April, 1914, pupils of the Burston village school, in Norfolk, supported by their parents, took to the streets in protest at the dismissal of their teachers, Tom and Kitty Higdon. The strike lasted for over 25 years.

I then spoke with local youth members and prospective members of the South Norfolk Labour Party about how they can effectively engage with decision making. 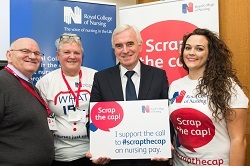 I met with frontline nurses as part of the Royal College of Nursing’s lobby of Parliament. Nursing staff held a demonstration in Parliament Square to call on the Chancellor to scrap the cap in the Budget expected this autumn. I heard how low pay has a detrimental impact on morale, the ability to recruit and retain nurses, and patient safety. Since 2010, NHS nursing staff have experienced a 14 per cent real-terms pay cut as a result of Government policy on pay in the public sector- leaving pay packets £3,000 worse off each year.

I had the privilege of opening the Community Centre’s funday which was a wonderful family day out. Well done to all the volunteers.

I spoke at the National Shop Stewards Network Rally in Brighton to union reps and activists from the many disputes that have broken out this summer. I met constituents who work as Cabin Crew for BA and have been forced to take strike action to secure a decent wage.This summer has seen a real wave of strike action and in the last two weeks some welcome victories. But if the first few days of the autumn are anything to go by, workers are determined to take action against attacks on their pensions and to defend their jobs and increasingly to fight for a pay rise to protect their living standards. 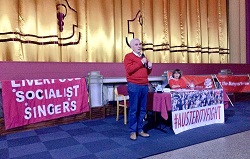 I Visited the Preston New Road anti-fracking protesters in Blackpool to offer my support for their campaign. I was concerned at the scale of policing and regrettably some of the force used against demonstrators that I saw on the films taken on site. Labour will ban fracking when we go into government. 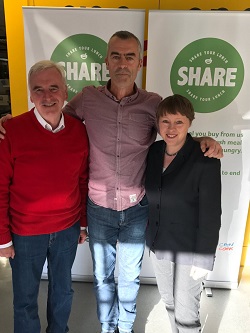 I attended a Share your lunch event at the Can cook offices in Liverpool. The Share Your Lunch campaign was launched in response to the growing level of food poverty in the Merseyside. Tens of thousands of people every year struggle to access food, often with no access to any fresh food at all. Share Your Lunch campaigns for better quality food aid, develops preventative solutions to food poverty, provides essential, fresh meals to thousands of hungry families every year. This is an initiative I would like to develop in our community in Hayes and Harlington.

I attended the feature length documentary of ‘Austerity Fight’ at the Plaza Cinema in Liverpool which recently received its world premiere at the East End Film Festival in London. It is a rousing, current, passionate document of ordinary people fighting back which “Exposes what Austerity means in so many spheres. The film documents the movements fighting back through the voices of ordinary people of all generations.

I spoke at the trades council, which I have worked with over the years. The key issues addressed were low pay, insecurity at work and the need to restore basic trade union rights. 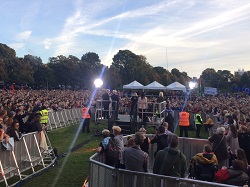 The labour Party Conference was a massive success. A huge number of delegates attended, including a delegation from our constituency. We held a packed fringe meeting on the 3rd Runway, which was attended by a large number of local residents.

I was so pleased to attend the local Navnat centre in Hayes to join in the celebrations of the Navnati festival, which involves evenings of dance, music and prayer. It was lovely to meet so many old friends from the local community.

I participated in a meeting of the HPA to plan our activities to encourage play and support local play activities over the next year. 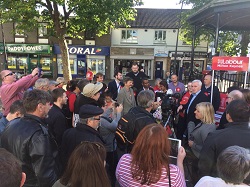 I was delighted to be campaigning in Milton Keynes where Labour are fighting to win two key marginal seats. Working together, it’s Labour’s 600,000 members that have the power to decide the next election